The Lindley Prize (“Prize” in the following) is awarded for innovative research in Bayesian Statistics that is presented at an ISBA World Meeting and accepted for publication in the journal Bayesian Analysis.  The Prize is named for Dennis V. Lindley, and recognizes the impact and importance of his work in the foundations, theory and application of Bayesian Statistics, and his marked influence on the evolution and spread of the discipline, over many decades.

Award winning papers will present research in Bayesian statistics that is is judged important, timely and notably original; truly innovative work will be judged more highly than successful development of ideas previously exposed. The Prize may be awarded for work in foundations, theory, methodology or applications of Bayesian statistics. The Prize was proposed during the ISBA 2000 meeting in Crete and founded later that year. Contributed papers accepted for publication in the refereed proceedings of the Valencia International Meetings or ISBA World meetings were eligible. Starting in 2012 all papers presented at an ISBA World meeting and accepted for publication in the journal Bayesian Analysis are eligible. 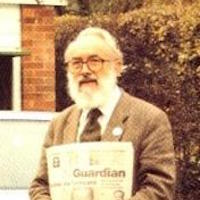 Dennis Lindley (July 25, 1923 – December 14, 2013), was a British statistician, decision theorist and leading advocate of Bayesian statistics. He grew up in the south-west London suburb of Surbitonas an only child, the son of a local building contractor. Dennis recalled (to Adrian Smith) that the family had “little culture” and that both his parents were “proud of the fact that they had never read a book.” The school Dennis attended, Tiffin Boys’ School, introduced him to “ordinary cultural activities.” From there Lindley went to read mathematics at Trinity College, Cambridge in 1941. During the war the degree course lasted only 2 years and, on finishing, Lindley had a choice between entering the armed forces and joining the Civil Service as a statistician. He chose the latter and, after taking a short course given by Oscar Irwin which he “did not understand”, he joined a section of the Ministry of Supply doing statistical work under George Barnard. After the war Lindley spent some time at the National Physical Laboratory before returning to Cambridge for a further year of study. From 1948 to 1960 he worked at Cambridge, starting as a demonstrator and leaving as director of the Statistical Laboratory. In 1960 Lindley left to take up a new chair at Aberystwyth. In 1967 he moved to University College London. In 1977 Lindley took early retirement at the age of 54. From then until 1987 he travelled the world as an “itinerant scholar.” He has continued to write and to attend conferences.

Lindley first encountered statistics as a set of techniques and in his early years at Cambridge he worked to find a mathematical basis for the subject. His lectures on probability were based on Kolmogorov’s approach which at that time had no following in Britain. In 1954 Lindley met Savage who was also looking for a deeper justification of the ideas of Neyman, Pearson, Wald and Fisher. Both found that justification in Bayesian theory and they turned into critics of the classical statistical inference they had hoped to justify. Lindley became a great missionary for the Bayesian gospel. The atmosphere of the Bayesian revival is captured in a comment by Rivett on Lindley’s move to University College London and the premier chair of statistics in Britain: “it was as though a Jehovah’s Witness had been elected Pope.”

Dennis Lindley was Professor Emeritus of Statistics, and past Head of Department, at University College London (UK). He has played a leading role in putting Bayesian statistics back on the modern statistical map. He has published over 100 original and significant scholarly articles, as well as several books, that are all delightfully written and full of insights. He has been a founding organizer and former president of the celebrated Valencia International Meetings on Bayesian Statistics, the 2002 meeting of which was dedicated in his honor.

Only papers presented at an ISBA World meeting and accepted for publication in the refereed proceedings of the meeting (currently a special issue of Bayesian Analysis) are eligible for the Lindley Prize. All such papers will be evaluated by the Lindley Prize Committee, whose decision is final.

Winners of the Lindley Prize

2010
Sara Wade, Silvia Mongelluzzo and Sonia Petrone for their paper “An Enriched Conjugate Prior for Bayesian Nonparametric Inference,” published in Bayesian Analysis, 6, 359-500, 2011.