The DeGroot Prize (“Prize” in the following) is awarded to the author or authors of a published book in Statistical Science. The Prize is named for Morris H. (“Morrie”) DeGroot, and recognizes the impact and importance of his work in Statistics and Decision Theory, and his marked influence on the evolution of the discipline over several decades through his personal scholarship, educational and professional leadership. The prize particularly recognizes DeGroot’s authorship and editorship of major books that had marked impact on the development of Statistics and Decision Theory, and the value he placed on the role of books generally. The Prize was proposed during the ISBA 2000 meeting in Crete, and established later that year. 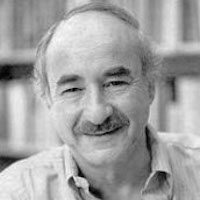 Morris H. (“Morrie”) DeGroot was born on June 8, 1931 in Scranton, Pennsylvania. He graduated from Roosevelt University in mathematics, and then studied statistics at the University of Chicago. He came to Carnegie Mellon University in 1957 and was appointed founding Head of the Department of Statistics in 1966. Morrie spent the rest of his career as a member of the department. He died on November 2, 1989.

Morrie led an unusually active and productive academic life. He wrote three books, edited four volumes (three as a member of the Valencia Meeting organizing committee), and authored over one hundred papers. He served as Theory and Methods Editor of the Journal of the American Statistical Association, and was the recipient of several awards. But Morrie’s influence in statistics went far beyond what any list of accomplishments and recognitions might indicate.

All who came in contact with Morrie were affected not only by his wisdom and the force of his arguments, but also by his diligence, thoroughness, integrity and good humor. His quick wit could equally well deliver an illuminating insight or a well-timed joke. He was greatly admired and respected within the profession, and many who worked with him or studied under his guidance were inspired by his ingenious, imaginative, persistent and passionate intellect.

Morrie’s book, Optimal Statistical Decisions, helped educate a generation of statisticians and is one of the great books in the field. Published in 1970 and subsequently translated into both Russian and Polish, it provided an elegant and comprehensive treatment of a subject that has since come to be recognized as an essential part of statistics and of science as a whole. In 1975, his undergraduate text Probability and Statistics was published. A model of what a textbook should be, it played an important role in mathematical statistics curricula throughout the country. These books served as the inspiration for the creation of the DeGroot Prize.

Award winning books will be textbooks or monographs concerned with fundamental issues of statistical inference, decision theory and/or statistical applications, and will be chosen based on their novelty, thoroughness, timeliness, and importance of their intellectual scope. Nominated books will be evaluated by the DeGroot Prize Award Committee. All books published no earlier than five years prior to the year of the competition may be considered. There are no restrictions on the publisher or country of publication.

Winners of the DeGroot Prize