The award aims at recognizing outstanding junior Bayesian researchers based on their overall contribution to the field and to the community. There will be six winners in total who will be invited to present their work in two special events of the Junior Bayes Beyond the Borders (JB^3) webinar series and receive three years of free ISBA and j-ISBA membership.

ISBA proudly has a wide geographical diversity among its members. To encourage scientific exchange and strengthen research connections between geographies, three prizes will be awarded to researchers based in time zones UTC+0 to UTC+13 [e.g. Africa + Asia + Europe + Oceania] and three to those based in UTC-12 to UTC-1 [e.g. North America + South America].

The winners belonging to the former group will present in a special JB^3 event hosted in the latter time zones, and vice versa, to raise their intercontinental visibility. We welcome nominations of junior researchers working in the broad spectrum of topics in Bayesian statistics, including but not limited to methods, theory, computation, machine learning, data science, biostatistics, econometrics, industrial statistics, environmental science, and software.

The award is named after David H. Blackwell and Arianna W. Rosenbluth for their groundbreaking works that lie at the foundation of modern Bayesian statistical theory and computation. They represent important role models for new researchers in Bayesian statistics.

Born on April 24, 1919, Blackwell excelled in mathematics from an early age. He earned his doctoral degree from the University of Illinois at Urbana-Champaign under the supervision of Joseph L. Doob in 1941. He had a distinguished career, becoming a founding member in 1955 of the newly established Department of Statistics at University California, Berkeley. In 1965, he became the first African American to be elected member of the U.S. National Academy of Sciences and was awarded the John von Neumann Theory Prize in 1979. In addition to his seminal contributions to Bayesian inference, decision theory, game theory, sequential analysis and renewal theory, he also wrote one of the first textbooks in Bayesian statistics (Basic Statistics, McGraw-Hill, 1969). 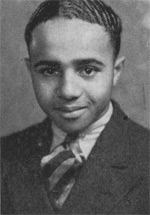 Born on September 15, 1927, Arianna Wright Rosenbluth showed an affinity for sciences from early childhood. She completed her doctoral work under the supervision of a future Nobel Laureate, John Van Vleck, in 1949, making her the fifth woman to earn a Ph.D. in Physics from Harvard. Later, as a coauthor of the seminal 1953 paper introducing the Metropolis algorithm, Rosenbluth almost single-handedly implemented the algorithm on the MANIAC I hardware at the Los Alamos Scientific Laboratory. This made her the first person to ever implement the Markov chain Monte Carlo method when sophisticated programming tools were still years away, and the program had to be written in strings of 1’s and 0’s.

Ph.D. students or early career researchers who obtained their PhD after January 1, 2017 are eligible for nomination. A nomination may come from any ISBA member, including the nominee themselves. A nomination is to be submitted electronically and should contain:

Winners of the Blackwell-Rosenbluth Award